A GRANDMOTHER who has battled for 6 years with Kent County Council to be paid the same rate as a foster carer for looking after her granddaughter, has won her case in the Court of Appeal in 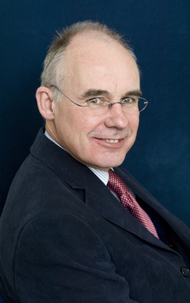 Kent County Council has convincingly lost a challenge in the Court of Appeal. In a judgement handed down on 10th November 2011,   the three Appeal Court judges unanimously threw out a challenge by Kent against a decision made in 2010 in the High Court. The decision was that Kent had a duty to support a Grandparent caring for her granddaughter.

The grandmother who cannot be named for legal reasons, fought for the right to be paid fairly for looking after the 16 year-old girl since she took over her care at the eleventh hour in 2005 at the request of Kent social services.

The grandmother who has now retired to look after the child was receiving just £63.56 a week for her care – over £80 per week short of the average foster parent who at the time were getting around £146.23 weekly. She is now 65 years of age.

The child in question had been looked after her mother, but social services had contacted her grandmother just before Christmas in 2004. She was faced with the stark choice – “Care for the child or she goes into care”.

The council then took the “very unusual” standpoint that the grandmother’s care of the child was a private arrangement between the mother and grandfather.

Nigel Priestley, of Huddersfield law firm Ridley & Hall, who represented the grandmother,  launched a judicial review to challenge the decision of the authority.

Her case was heard before the High Court in London in May last year. Kent County Council fought the case all the way. The judge confirmed that this was the only action she could have taken to make Kent change its mind In the original landmark decision, Mrs Justice Black gave judgement  against the County Council. The decision meant that the grandmother would receive the same support as a foster carer. She would also get back payments from the council for their failure to pay the right allowance.

Kent County Council were determined to fight this decision all the way. They indicated their wish to challenge the judge’s reasons – she gave leave to the County Council to appeal her decision. The Appeal was heard in May but the decision of the Court of Appeal was released on 10th November.

Commenting on the Court of Appeal’s decision, Mr Priestley said:
“Local Authorities across the country have been waiting for this decision. They were roaring Kent on from the terraces. It will be a major blow to them that Kent lost 3:0!
“We’re delighted with the outcome. The County Council argued that they had no duty to the child even though their fingerprints were all over the case. Kent holds itself out as a model authority but it has been left with egg on its face. It put forward the radical suggestion that it had no significant financial duty to a child they had placed with a relative. They denied that she should be treated as a “looked after” child. The Judge rejected this argument. The Court of Appeal agreed with her.

“This appeal should not have been necessary. It was a waste of Council Tax payers’ money at a time when services are being cut. Mrs Justice Black is highly respected. She has since been appointed to serve as a judge in the Court of Appeal.

This is a landmark case for Kent. It has implications for many children Kent has placed with relatives. Many carers will be losing out. That’s why Kent wanted to appeal the decision.
Sadly it shows just how little they value the relatives who are making enormous sacrifices for their grandchildren”

Mr Priestley added that his client is doing a fantastic job looking after her granddaughter, but she should not have had to seek sue Kent. He said:
“She needed support from the local authority, but she found it lacking.”
“It is now going to cost Kent a five-figure sum in legal costs and back payments.  This court case will remind local authorities across England and Wales what they should and should not be doing.’’

The grandmother said: “I am no different from the thousands of Grandparents and other relatives stepping in to care for children because there is a shortage of foster parents and carers.
“We shouldn’t have to find ourselves battling with the local authority for support. “I was asked by the local authority to step into the breach. I have given up a great deal to care for my grand daughter.
I accept when people say that blood is thicker than water, but the fact is that when you are 58 years old you are not planning to look after a 10 year old child.”
“I put myself out and expected the local authority to do the same but they did not. When I heard that I had won in the High Court, I burst into tears. It meant so much both to me and my grand daughter. Teenagers are very expensive to bring up – every parent knows that.
I’m a pensioner. Kent were paying the same money as  when she first came to live with me. Prices have not stood still in the last 6 years but Kent’s payments did.
I was very sad that when I heard Kent wanted to challenge this decision – it showed they have no understanding of the financial impact of caring for a challenging teenager has on a pensioner like me.
The decision of the Court of Appeal is wonderful news.”

BACKGROUND
The Court of Appeal recognised that “the issue at the heart of the appeal was money”.

According to statistics produced by the Department of Education, in March 2010, 64,400 children were being looked after by Local Authorities in England.  38,200 were subject to interim or full care orders and 21,200 were in voluntary placements under Section 20 of the Children Act. These are the unsung heroes, the Family and Friends carers who have stepped in to care.
The decision of the Court of Appeal offers hope to the many Kinship Carers who, at the present time, are not being properly supported by Local Authorities that have placed the children with them.

Mr Priestley, who specialises in fighting cases for foster carers who look after relatives, said that
“Unfortunately the grandmother’s situation is not unusual in England and Wales.  Because of a shortage of foster carers, “kinship” carers are increasingly being used. However, local authorities are not supporting them appropriately.

“ The Grandparents Association has welcomed the judgement.  Lynn Chesterman, the Chief Executive of the Association, said:
“Too often, as in this case, grandparents are struggling to cope financially – living on a pension and bringing up children. They simply do not have enough money to live on. I hope that Kent has learnt its lesson – and that other Councils start taking their responsibilities seriously.